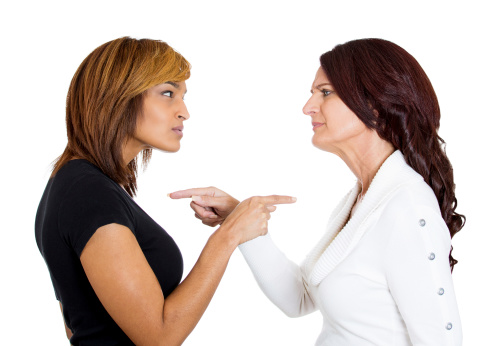 By now, most people have heard about the generational debates on feminism and gender heating up on the left after the weekend’s comments from Madeline Albright and Gloria Steinem. Rather than trying to scold and shame young women into coming over to the Clinton camp, it appears they would have been better off sticking with other ways to support their candidate. Their approach has won no converts and has likely served to further alienate women leaning toward Sanders.

First came Albright’s “special place in hell” comment, which she and Hillary Clinton have downplayed in response to the widespread outrage that ensued. In fact, Clinton basically said that anyone who is offended is being hypersensitive. (Hmmm, I wonder how many women reading this are accustomed to hearing that one in response to legitimate concerns. Lots more than the men, I’ll bet.)

Then again, Albright has been making that same remark for years within many contexts, so maybe we could give their “Oh, lighten up” stance some credence. But come on. It’s hard to argue that saying it in this particular context is not saying, in effect, that if you’re a woman and you don’t vote for Hillary Clinton, you’re going to hell. Even if it’s a joke, it’s a bad one.

Then, oh my goodness, Gloria. Young women who are politically active who support Bernie Sanders are motivated by boy craziness? Whoa. That was such a colossal fuck-up, it’s hard to imagine how she could have gotten away without apologizing. I appreciate that she did so pretty quickly, even if it was kind of a fauxpology. It would have been a lot better if she had owned her mistake fully instead of including that bit of BS about being “misinterpreted” when what she said was pretty clear.

(This is probably horribly ageist of me, but I think it bears remembering that she is 81 years old. I hope if I’m lucky enough to still be capable of a coherent political discussion at that age, people will cut me some slack if I say something stupid amidst other constructive comments.)

Yesterday, I read this open letter to older women voting for Hillary, from a younger woman voting for Bernie. Most of what she says resonates, but I don’t view Hillary Clinton as merely a “trophy” for the feminist movement. I do have mixed feelings about her. Despite legitimate concerns, which are difficult to raise without being viewed through the sexism lens, I still find a lot to admire and respect about her. I think it’s OK to really want a woman—the “I don’t vote for genitals” argument doesn’t quite do it for me. I believe there are gender differences in worldview and relational approach. Having a woman at the helm could have advantages beyond the fact that finally, at long last, a woman would be busting through the ultimate glass ceiling.

I voted for Hillary in 2008. At the time, I felt that all things being equal, I wanted the woman. If I felt the same way now, I’d be voting for her again. (Of course, the woman I really want is Elizabeth Warren, but she doesn’t want it—yet). Since I don’t view all else as equal or even remotely close, wanting a woman, which I really do, is not enough. Besides the fact that Bernie’s feminist credentials are as strong as they can possibly be without him actually being a woman, I’m supporting him because I believe there is something much larger at stake. Dismantling the oligarchy our country currently is (not sort of, but truly) and returning to actual democracy has much wider and farther reaching implications for everyone, especially women and other oppressed groups.

So I call bullshit on the idea that I’m a poor excuse for a feminist because I’m supporting Bernie Sanders. My support for him is in complete alignment with my staunch feminist principles. I also call bullshit on the idea that women are voting for Hillary Clinton only because she’s a woman. Come on now, would any of them be voting for Sarah Palin?

The saddest outcome of Albright and Steinem’s remarks is that there now appears to be a rift between younger and older generation progressive women. We can do better than that. Let’s recognize that there are many ways to approach and express feminism and there are passionate feminists of all ages in both the Sanders and Clinton camps.

Presumably, we all agree that there is much more work to be done to gain true equality. We need each other.